Consumption tax: why will eating out be more expensive in 2023? – Personal Finance – Economics 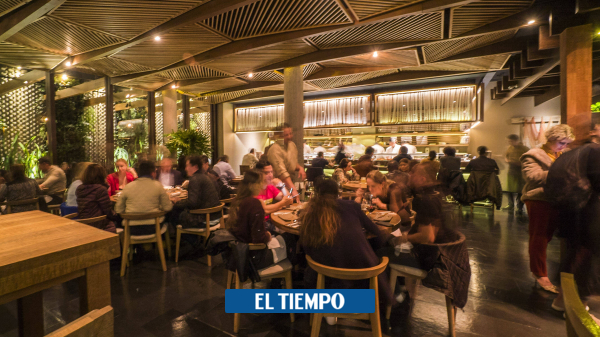 The obligation to re-collect the national consumption tax (low consumption) as of January 1, 2023 for businesses that are exclusively dedicated to spending food and beverages and that are registered in the Simple Taxation Regime (RST) will have an impact on the pockets of millions of Colombians. The reason: restaurateurs will transfer that cost to the prices of the food and beverages they sell to you To the general public.

(Also read: It’s official: 40% tariff on imported clothing will be permanent in Colombia)

He said it Guillermo Gómez París, president of the Colombian Association of the Gastronomic Industry (Acodes), who said that this circumstance affects the sector due to the context of inflation, also in food, mainly, but public services and rents weigh heavily.

“On average, we raise prices eight times throughout 2022, and that’s not new because our customers are very sensitive to price changes. This will imply a new price increase that would affect sales,” said the manager.

(You may be interested in: ‘More than 80% of trips will not raise their rates in 2023’: mintransporte)

It is inevitable to raise prices

He added that there is no way to avoid the negative impacts. The permanent rise in food prices does not allow an establishment to absorb the greater value of the tax prices.

«It is inevitable to raise prices,» Gómez stressed, and then said that the effects will also be seen on the side of formal employmentto the extent that «it will not be possible to hire more staff.»

As Dian reminded, the non-consumption will return after the benefit of the Social Investment Law, which exempted from this charge, will come to an end on December 31.

Thus, this type of business should charge its consumers the impoconsumo and have the updated Single Tax Registry (RUT) with responsibility 33.

Establishments that sell food and beverages will have to update the RUT, replacing responsibility 50 or 57, which says: ‘Not responsible for consumption tax’ as appropriate to their legal nature, by 33, which indicates that it is ‘Responsible for tax national consumption’, precisely the country’s tax entity.

The consumption tax will mean an increase in consumer prices in restaurants and bars.

There are two ways to carry out said update: for natural persons, the update will be done by entering the Dian Transactional Portal as a registered user, in the electronic service of the RUT and through self-management.

For their part, legal persons may carry out the process by virtual or face-to-face appointment, through the Dian’s website, in the ‘Assignment of appointments’ option, indicates the Dian.

(Keep reading: Colombia closes the year with a drop in consumer confidence).

The possible sanctions for not collecting the impoconsumo and for not updating the tax liability are contemplated in article 402 of Law 599 of 2000 (Penal Code) and are: imprisonment from 48 to 108 months and a fine equivalent to twice the amount not recorded without exceeding the equivalent of 1,020,000 UVT.

It is worth remembering that the non-collection of the Consumption Tax, determined in the Social Investment Law, had the purpose of «helping and facilitating the economic reactivation of these activities, by exonerating the responsibility of paying the tax during 2022». recorded the Dian.

Food and beverage businesses will once again charge the impoconsumo