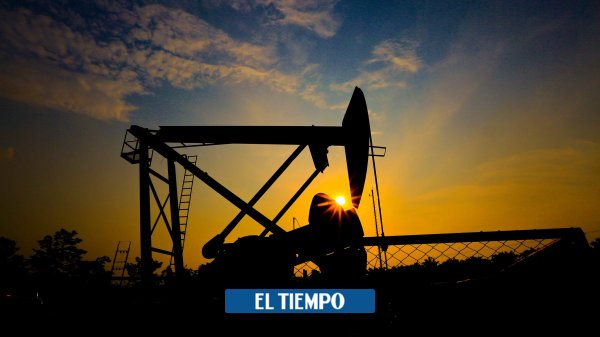 The uncertainty about the future of the new exploitation of hydrocarbons and the resources that this line leaves to the Nation took on a new breath, after the pronouncement yesterday Thursday of the Minister of Mines and Energy, Irene Vélez, at the World Economic Forum that takes place in Davos (Switzerland), in the sense that Colombia will not sign new exploration and production contracts.

«We decided that we are not going to award new oil and gas exploration contracts,» said the minister, e exclusively: «For us, this is a clear sign of commitment in the fight against climate change.»

A position that, hours later, was ratified by the President Gustavo Petro noting that «a strong investment in tourism, given the beauty of the country, and in the capacity and potential that the country has in generating clean energy could, in a short term, fill the gaps that the fossil economy can leave.»

(You may be interested in: The investments projected by the liquid fuels sector for 2023).

The concern of analysts and experts was not long in coming due to the impact that this will have for the Nation’s income and the performance of other lines of the economy, as they will warn that investment will slow down.

Calculations by the Colombian Oil and Gas Association (ACP) indicate that due to high oil prices the contribution of companies in the sector to the Nation in 2022 Concern in 24 billion pesos up to 58 billion, represented in royalties, economic rights, income tax and Ecopetrol dividends, among others.

A figure that is not negligible, since it exceeds the collection target of the recent tax reform. And it goes even further, to the extent that there will also be a strong impact on income from foreign investment in the country.

An announcement of these dimensions in a world forum, in which global investors are present, generates a very negative signal towards the investment environment in Colombia; It is a sector that is and will continue to be the main one in terms of income for the Nation, said Julio César Vera, president of the Xua Energy Foundation.

(In addition: neighboring properties to road works would pay a whole tax for valuation).

And he added that what the Government should do, responsibly, is to continue sending a message deepening the energy transition, without «killing the goose that lays the golden eggs,» he insisted.

The energy transition plan will be announced in May

His call joins the one made this week by Juan Pablo Córdoba, president of the Autonomous Commission of the Fiscal Rule, when pointing out that, if these oil revenues are not available, You will have to clarify will be the alternative sources to replace them And, if they are going to be present, what is the energy transition plan and what signals would be given to the sector so that it not only continues its activity, but also shows resources through taxes and dividends in the case of Ecopetrol.

What the Government has said in this matter, through Minister Vélez herself, is that this energy transition plan will be announced next May and will have the roadmaps for technologies such as hydrogen and offshore wind energy, among other.

According to estimates of the Energy Mining Planning Unit (Upme), The participation of renewable energies in the Colombian energy matrix will go from the current 1 percent to 38 percent by 2027, only if the more than 12,700 megawatts that are currently in execution come into operation.

(Keep reading: Colombian peso closes the week with a gain of $296.6 against the dollar.)

The government’s statements yesterday regarding the issue of exploration were echoed in the country’s stock market, where Ecopetrol’s shares fell 1.32 percent to 2,766 pesos, according to records from the Colombian Stock Exchange (BVC).
​
Felipe Bayón, president of the Colombian oil company, also spoke at the Davos Forum, highlighting the importance that oil will continue to have in the country’s finances as it advances in its energy transition.

“ecopetrol it could be 10 percent of Colombia’s budget. The country continues to need them through dividends, royalties and taxes, while we are leading and leading the transition funds not only in Colombia, but also in the region, ”he said.

The president of the oil company also stated that Colombians are going to need good quality gasoline, diesel, jet, petrochemicals, and gas, while progress continues in the production of non-conventional renewable energy.
He warned, however, that renewable energies are part of the company’s long-term plans, «protecting the existing business.» “We have a strategy and it is going to change.”