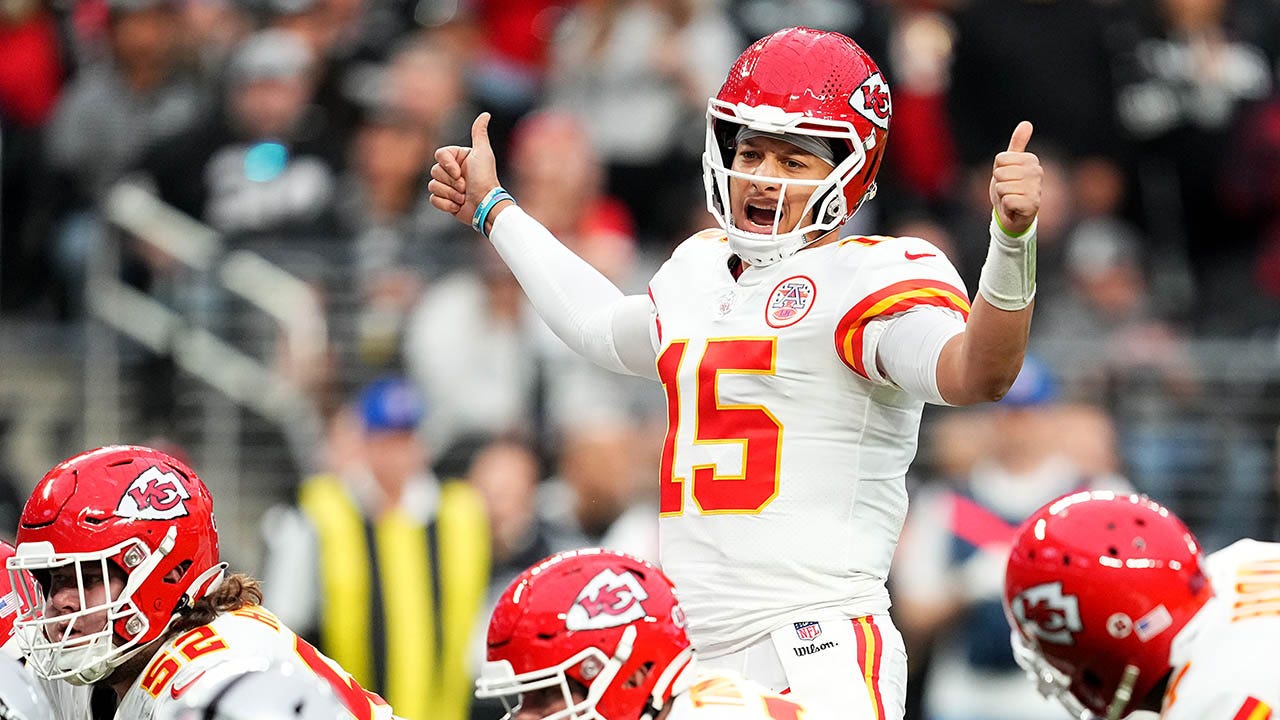 The Kansas City Chiefs must have more fun than any other team in the league.

With Patrick Mahomes, Travis Kelce and Andy Reid (reminder, they also had Tyreek Hill for a few years), how could they not?

Patrick Mahomes (15) of the Kansas City Chiefs points at the line of scrimmage against the Las Vegas Raiders during the first half of a game at Allegiant Stadium on January 7, 2023 in Las Vegas.
(Chris Unger/Getty Images)

The Chiefs have used some original formations and game designs, but perhaps none have matched what they did Saturday against the Las Vegas Raiders.

As they gathered in the second quarter, the Chiefs seemed to have played a game of «Ring Around the Rosie.» They then exited the group in a new version of a bobcat that they probably made up this week.

Jerick McKinnon took the throw-out, then tossed it straight to Mahomes. The quarterback then looked to the left and found Kadarius Toney, who broke up a tackle and scored a touchdown.

However, the score was canceled due to a holding penalty.

So what did the Chiefs do instead? They just passed it to Toney, who found the end zone again.

The Chiefs defeated the Raiders, 31-13, to clinch the AFC’s top seed and earn a first-round bye in the playoffs.

Despite being the No. 1 seed, there’s no guarantee they’ll host the AFC championship if they make it that far.

Given the fallout from Damar Hamlin’s cardiac arrest on «Monday Night Football,» the NFL decided that if the Buffalo Bills were the visiting team against Kansas City in the title game, it would be played at a neutral site.

Jerick McKinnon, left, and Patrick Mahomes (15) of the Kansas City Chiefs celebrate after a touchdown against the Los Vegas Raiders during the first quarter at Allegiant Stadium on January 7, 2023 in Las Vegas.
(Chris Unger/Getty Images)

The Chiefs finished the season 14-3, tying their franchise record for wins.