Caroline Ellison, FTX fraud genius, would be in prison for 100 years – Business – Economy 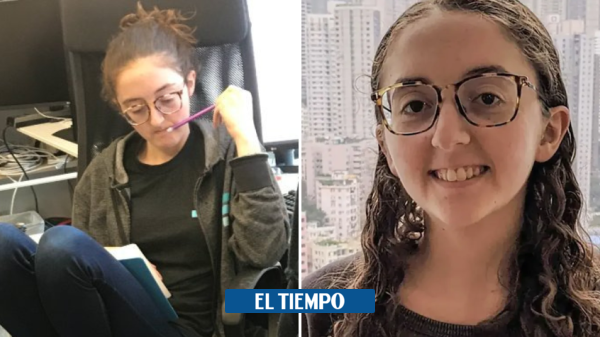 A few weeks ago FTX was the second largest cryptocurrency exchange company in the world. Until, suddenly, the empire collapsed: not only did it announce that it was bankrupt, but it also confessed to having a debt of 1,450 million dollars with its 10 main creditors, according to ‘BBC Mundo’.

Although at the beginning the reasons for the bankruptcy remained unknown, little by little they acquired names and surnames. Among them, Caroline Ellison, former CEO of Alameda Research, a cryptocurrency trading company started in 2017 by Sam Bankman-Fried, founder and former chairman of FTX.

In parallel, the US Securities and Exchange Commission (SEC) charged Ellison and Gary Wang, a mathematician who left Google to co-found FTX with Bankman-Fried, of manipulating the company’s internal cryptocurrency, misleading to investors and misuse the assets of FTX clients.

“As part of their hoax, we allege that Caroline Ellison and Sam Bankman-Fried planned to manipulate the price of FTTan exchange cryptosecurity token that was an integral part of FTX, to prop up the value of its house of cards,” the SEC said in a statement on its website.

Following their cooperation with the US Attorney’s Office for the Southern District of New York, Ellison and Wang had to post $250,000 bail – just over a billion Colombian pesos – to be released.

Who is Caroline Ellison?

Long before becoming the executive director of Alameda Research, Caroline Ellison was already «extremely brilliant» – as she has been described by various US media – and a math genius. The 28-year-old woman, born in New York, graduated from Stanford University.

For March 2018, Ellison started working at the quantitative trading firm Jane Street. It was in that precise place where he met the person who would change his destiny: Sam Bankman-Fried., who is currently charged with eight crimes – one more than Caroline – in the United States. Among them, money laundering, wire fraud, securities fraud and campaign finance violation.

Here’s Caroline Ellison of Alameda Research, who just pleaded guilty to SEC, SDNY and CFTC charges, and has said that at Alameda they didn’t «tend to have things like stop losses… I think those aren’t necessarily good risk management tools. pic.twitter.com/Ktts73GsMq

(Of interest: The founder of FTX and the myth of the desalinated appearance).

Bankman-Fried made a proposition so tempting that Ellison couldn’t refuse, he joined Alameda Research. “I thought, ‘Wow, that sounds pretty exciting.’ I mean, I really love Jane Street. It was a very difficult decision to leave”, confessed the former executive director in an interview for ‘Forbes’ magazine in October 2021.

The result of the union between Ellison and Bankman-Fried is now the subject of investigation by US soldiers, since they are accused of participating in the million-dollar fraud that led to bankruptcy and discredit to which, a few weeks ago, It stood as the second largest cryptocurrency exchange company in the world.

First floating factory in space will be in orbit by 2025

Channel One is bought by HMTV1 and will no longer be part of CM&, NTC and RTI

The planes that the Government has for Ecopetrol, Monomeros and Colpensiones