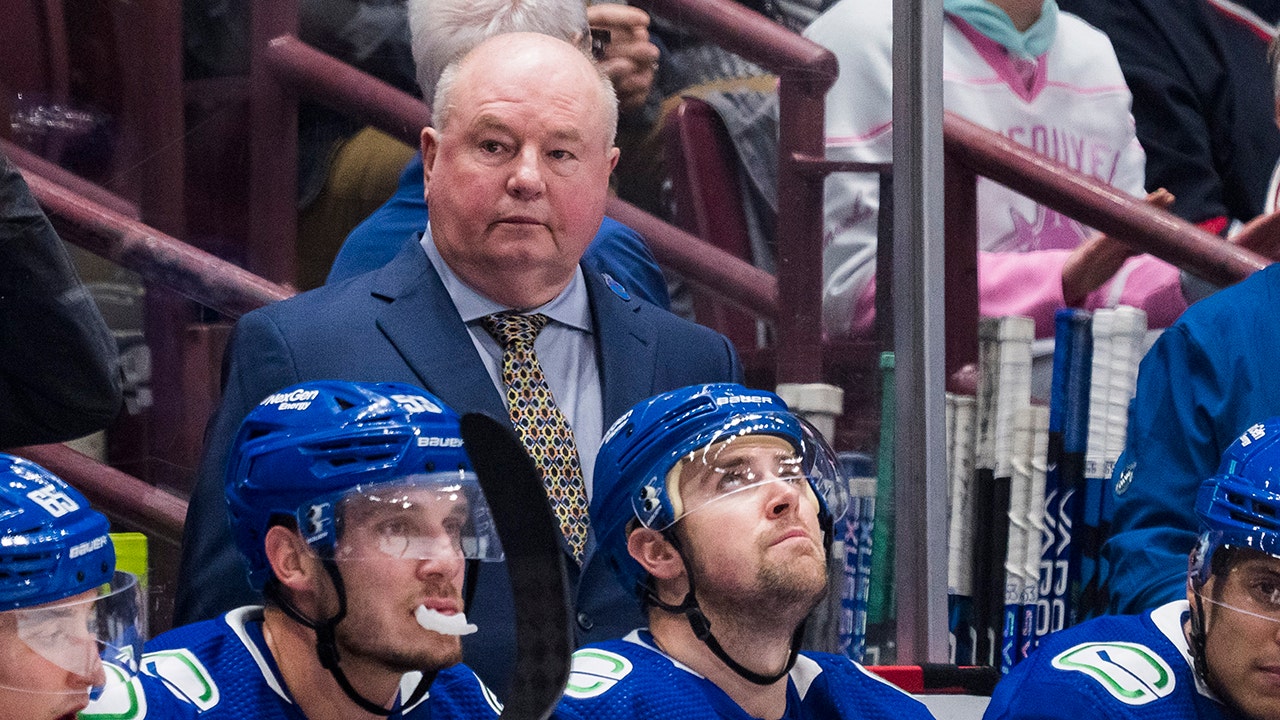 The Vancouver Canucks fired head coach Bruce Boudreau on Sunday more than halfway through the 2022-23 season.

The Canucks were 18-25-3 at the start of the day. The team had lost seven of its last eight games with its lone win coming in a shootout against the Carolina Hurricanes this past weekend. Vancouver lost to the Edmonton Oilers on Saturday.

«We would like to extend our sincere thanks to Bruce and Trent for their contributions to this organization,» Canucks general manager Patrik Allvin said in a statement. «We appreciate their dedication and wish them the best moving forward. It wasn’t an easy decision to make, but we felt it was necessary for this franchise.»

2021 Flyer Hall of Famer Rick Tocchet speaks at a news conference before the pregame ceremony at the Wells Fargo Center on November 16, 2021 in Philadelphia.
(Len Redkoles/NHLI via Getty Images)

«Rick Tocchet brings a tremendous amount of knowledge to this team, both from a coach’s and a player’s perspective,» Allvin said. «He has had over two decades of coaching experience, leading teams of various styles. As a player, he displayed a high level of character, determination and intensity, while posting impressive offensive numbers.

«We are also excited about the additions of Adam Foote and Sergei Gonchar to our coaching staff. Both enjoyed long and successful careers as NHL defensemen and together they bring a wide range of experience on both sides of the puck. Tocchet, Foote and Gonchar all They bring a championship pedigree to the organization and we look forward to welcoming them to Vancouver.»

Boudreau was hired in the middle of last season. He led the Canucks to a 32-15-10 record in 57 games and stayed in the first 46 games this season.

Canucks head coach Bruce Boudreau in the dugout against the Carolina Hurricanes at Rogers Arena in Vancouver on October 24, 2022.
(Bob Frid-USA Today Sports)