Camila Osorio will not play the WTA 250 in Hobart, Australia – Tennis – Sports 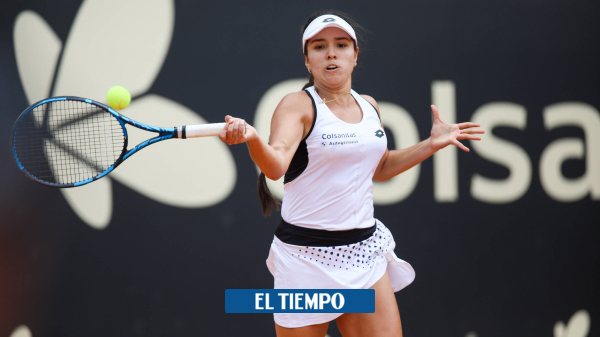 The Colombian tennis player is getting ready to play the Australian Open, the first grand slam of the year.

the Colombian women camila osorio he made several changes in his routine and in his work team in order to give a good jump in the world rankings. However, 2023 did not start with good news for her.

Osorio, number 80 in the WTA world ranking, began working at the end of last year with an interdisciplinary team of world-class professionals, led by the Spanish Alberto Costa.

Costa is the former number 6 in the world, with 12 professional titles won, he was champion of Roland Garros in 2002, winner of the bronze medal in the Olympic Games and the Davis Cup in 2000, he obtained 1 professional title in doubles, making a pair with Rafael Nadal and was captain of the Spanish Davis Cup team between 2008 and 2011.

Camila Osorio dropped out of the Hobart tournament

However, the first week of the year forced the woman from Cucuta to take precautions thinking about her first big goal of the season, the Australian Open.

Osorio had to play in the qualy of the WTA 250 in Hobart against the French Diane Parry, number 112 in the world. However, the match was cancelled. The Colombian came off due to a muscular overload.

A year ago, Osorio also had problems starting his season, testing positive for covid-19. He now expects to arrive in good shape for his first big in 2023.