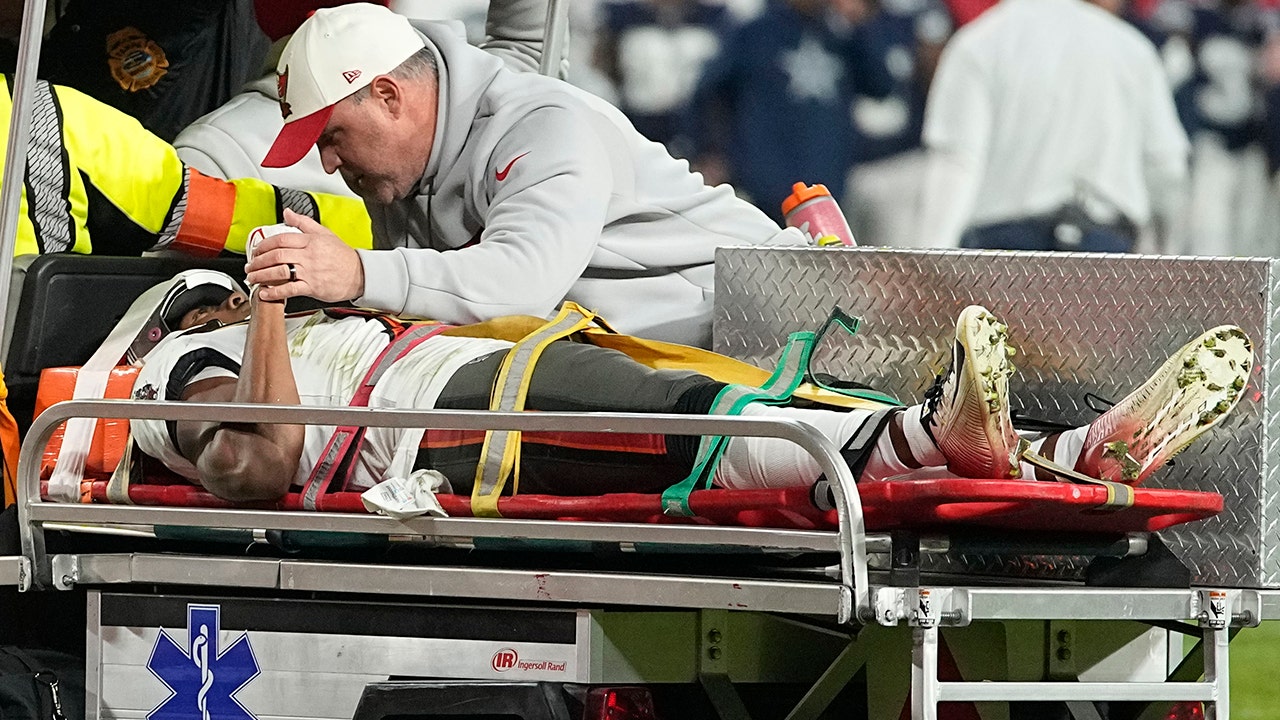 The Tampa Bay Buccaneers provided an update on wide receiver Russell Gage Jr. on Tuesday after he was the focal point of a terrifying scene late in the team’s 31-14 loss to the Dallas Cowboys.

Gage was placed on a backboard and carried off the field at Raymond James Stadium after being hit in the back and neck by Cowboys defensive back Donovan Wilson.

Buccaneers’ Tom Brady looks on during an injury timeout for teammate Russell Gage in the wild card playoff game against the Dallas Cowboys at Raymond James Stadium on January 16, 2023 in Tampa.
(Julio Aguilar/Getty Images)

«After suffering a neck injury and concussion during the fourth quarter of last night’s game, Russell was taken to a local hospital where he stayed overnight for additional testing and observation,» the team said in a statement. «Russell has had movement in all extremities and will continue to undergo additional testing today. We will provide additional information as it becomes available.»

The play occurred as the Buccaneers were on one of their last downs.

Tom Brady threw an incompletion to Gage at the 19-yard line. He fell down in pain after Wilson hit him in the back and neck. Buccaneers medical staff attended the scene and players watched as the coaches treated Gage.

Medical personnel called for a cart and placed Gage on a backboard to carry him off the field. Buccaneers and Cowboys players took a knee. Gage was apparently able to move his right leg while they worked on him and eventually he was carried off the field and taken to the hospital.

He was in his first season with Tampa Bay. In 13 games, he had 51 catches for 426 yards and five touchdowns.