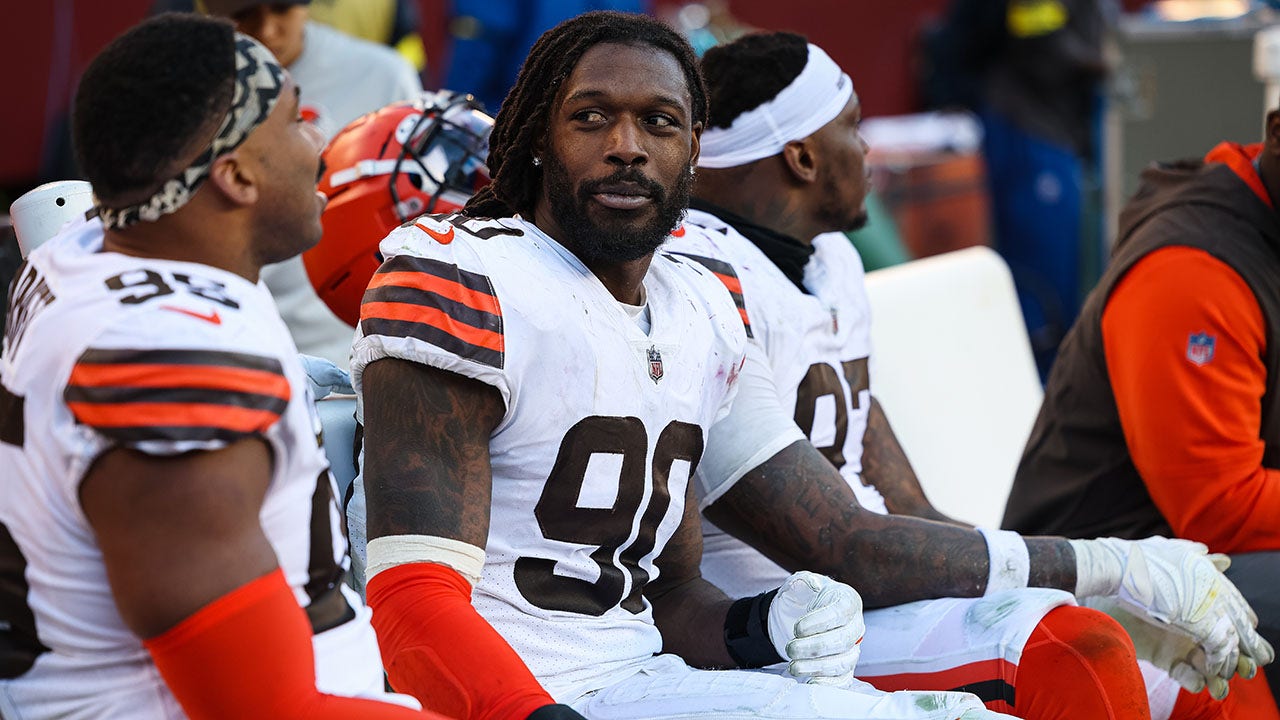 Last Friday, Clowney was sent home from the Browns’ practice facility after criticizing the organization and saying he was «ninety-five percent sure» he wouldn’t be in Cleveland next season.

Cleveland Browns Jadeveon Clowney, #90 of the Cleveland Browns, leaves the game after being injured against the Baltimore Ravens during the first half at FirstEnergy Stadium on December 17, 2022 in Cleveland, Ohio.
(Jason Miller/Getty Images)

The comment was made in an interview with Cleveland.com, in which Clowney also raised an issue with what he says was the preferential treatment of the organization from Garrett.

Clowney told the publication that the organization put Garrett in more favorable matchups to showcase him.

«Everyone is trying to get somebody into the Hall of Fame when all that matters is winning,» he said in the interview. «Everybody got here for a reason, and we can all make plays. I know I am.»

On Friday, Clowney apologized to Garrett and his family for the comment.

«As a son and a father, I want to fully apologize to anyone I have offended, specifically Myles Garrett and his family,» Clowney wrote in a statement obtained by various outlets. «My words in the locker room [sic] They were not only taken out of context, but completely misrepresented.

Myles Garrett, #95 of the Cleveland Browns, high fives with teammate Jadeveon Clowney, #90, in the third quarter against the Pittsburgh Steelers at Heinz Field on January 3, 2022, in Pittsburgh, Pennsylvania.
(Joe Sargent/Getty Images)

«As a man, I reached out to Myles specifically to apologize. I will continue to learn and grow as I go along.»

Clowney just wrapped up his second season in Cleveland, playing in 12 games with two sacks.

Garrett disagreed with Clowney’s assessment, adding that his relationship with Clowney «has always been cordial».

«I think everyone is worried about winning games,» Garrett said last week. «I don’t agree with looking at it that way. I think the guys in our room, and really the guys in the organization, are very focused this season on winning and getting good matchups for everyone and trying to win for everyone.»

Jadeveon Clowney, #90 of the Cleveland Browns, interacts with Myles Garrett, #95, on the sideline during the second half of the game against the Washington Commanders at FedExField on January 1, 2023, in Landover, Maryland.
(Scott Taetsch/Getty Images)

«It’s not just about me or anyone in particular looking good. We’re all trying to find a way to win and everyone trying to have some success on the field. Because everyone is trying to make it to the postseason and to the Super Bowl». .»

The Browns missed the playoffs after going 7-10 during the regular season.