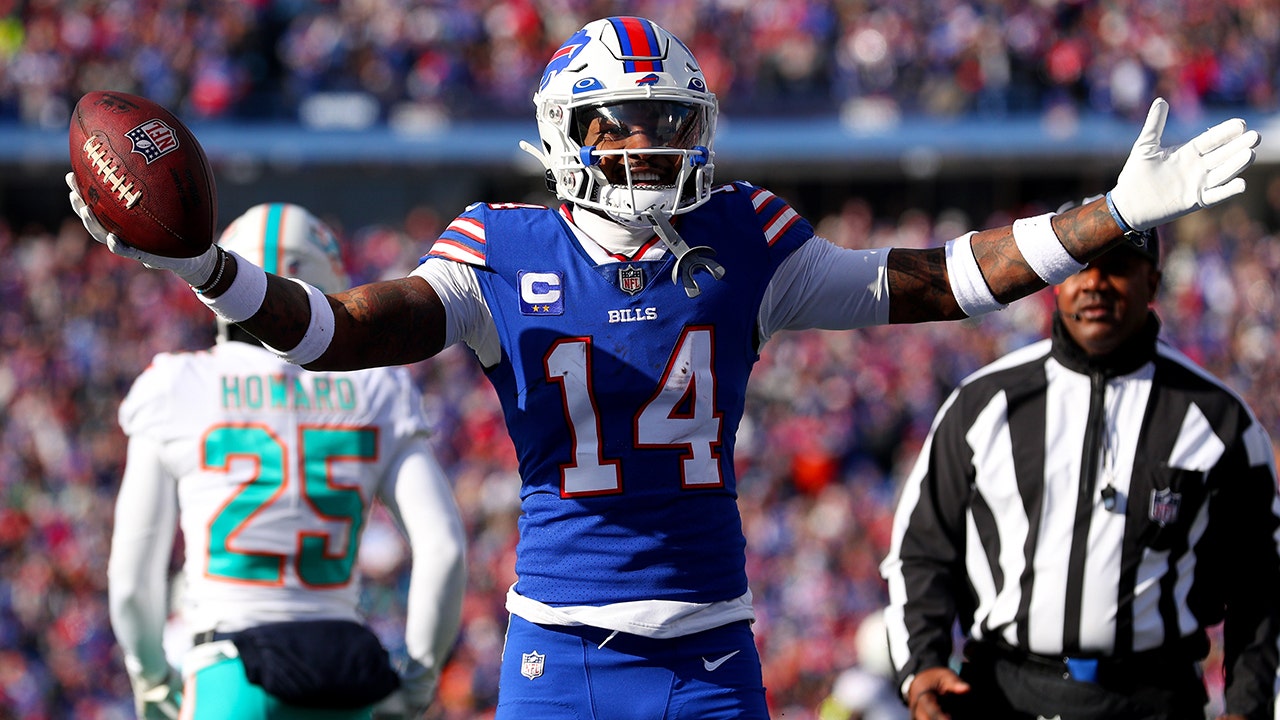 Buffalo Bills star Stefon Diggs stayed up Wednesday night watching Power Slap League and seemed in awe of what he was seeing.

The Power Slap League, whose start was delayed a week after the controversy over Dana White allegedly beating his wife on New Year’s Eve in Mexico, debuted on TBS.

Diggs was watching the slapping match between Kortney Olson and Sheena Bathory and was shocked.

Stefon Diggs of the Buffalo Bills reacts after a catch against the Miami Dolphins during the first quarter of an AFC Wild Card Playoff game at Highmark Stadium on January 15, 2023 in Orchard Park, NY
(Bryan M. Bennett/Getty Images)

«What am I watching? I never watch TV anymore, just Netflix and this is what’s on TV, Jesus Christ,» he captioned his video. «Is this a real sport?»

Diggs can be heard commenting on what he was watching as he tuned in from his bed.

«No, this is some crazy shit right here. They’re right here beating each other up. Look at this right here… Oh my God!»

Diggs and the Bills are preparing for a divisional round rematch against the Cincinnati Bengals, weeks after the teams’ regular-season game was canceled due to Damar Hamlin’s on-field collapse.

Stefon Diggs (14) of the Buffalo Bills runs onto the field before a game against the New England Patriots at Highmark Stadium on January 8, 2023 in Orchard Park, NY
(Bryan Bennett/Getty Images)

Against the Miami Dolphins, Diggs had seven catches for 114 yards as the Bills won the game 34-31.