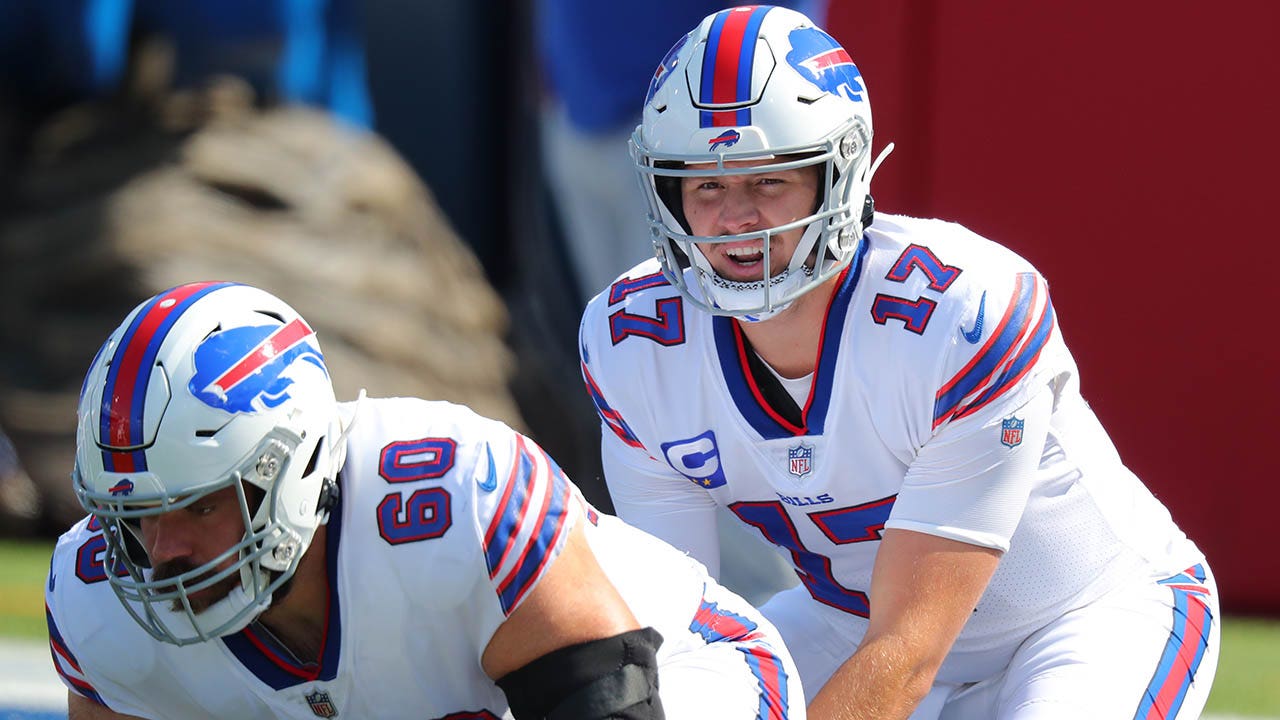 The wife of Buffalo Bills offensive lineman Mitch Morse grew a little jealous over the lengths her husband went to Sunday to protect their quarterback.

After Josh Allen threw an interception against the Miami Dolphins in the wild card round, Allen and Dolphins defensive lineman Christian Wilkins had a confrontation.

Morse ran out to protect the Bills QB franchise.

Josh Allen (17) and Mitch Morse (60) of the Buffalo Bills warm up before a game against the Los Angeles Rams on September 27, 2020 in Orchard Park, NY
(Timothy T. Ludwig/Getty Images)

Morse’s wife, Caitlin, joked about her feelings witnessing it.

«I wonder if he would defend my honor the way he defends Josh.» she tweeted on Sunday with laughing emojis.

The Dolphins turned the interception into a field goal.

Early in the third quarter, the Dolphins took a 24-20 lead after forcing Allen to fumble and score a touchdown.

But the Bills came away with a 34-31 victory and will face the Cincinnati Bengals in the divisional round on Sunday at 3 pm ET.

Quarterback Josh Allen (17) of the Buffalo Bills runs with the ball against the New York Jets in the fourth quarter of a game at MetLife Stadium on October 25, 2020 in East Rutherford, NJ
(Elsa/Getty Images)

Morse signed with the Bills a year after they selected Allen with the seventh pick in 2018. The center was named to his first Pro Bowl this season.