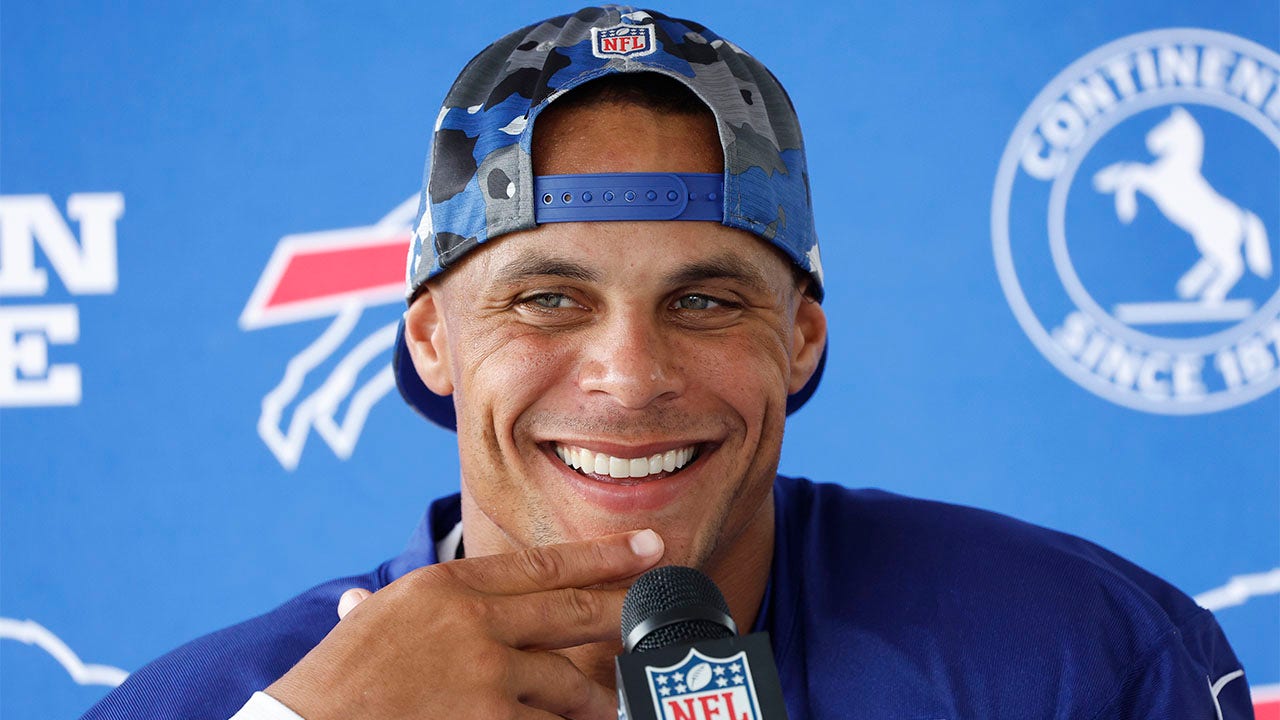 Jordan Poyer is preparing for a divisional round playoff game on Sunday against the defending AFC champion Cincinnati Bengals.

But the safety took a few moments to offer quarterback Tom Brady some advice.

«I understand you love this game. Go be with your kids, man,» Poyer said this week on an episode of «The Jordan Poyer Podcast.»

Poyer’s comments were prompted by Brady and the Bucs’ struggles in a wild-card round loss.

«Tom, you know I love you and I feel like I’ve been riding for you all year,» Poyer said. “At first, you can go back to my podcast, I said, ‘You can’t write Tom off.’ …And sure as s—, he made the playoffs. You did everything you could have done in this league.»

The former Oregon State standout also mentioned that it wasn’t easy for a player of Brady’s stature to lose a playoff game as convincingly as he did against the Dallas Cowboys.

«I didn’t like watching that game. It was hard to watch. You’re down 27-0 at halftime (it was 18-0). He was beaten. You could see he was beaten. I still think he obviously knows.» everything about everything, the inside and outside of football. But it takes 11 to play the game,» Poyer added.

«Go be with your kids, Tom. I appreciate everything you’ve done in this league. I got two interceptions from you, one for the crib. I lost both games. I’m 0-11 against you. Yes, please go. Go be with your children Tom.

Brady and his ex-wife, Gisele Bündchen, have two children together. The seven-time Super Bowl winner also has a 15-year-old son with actress Bridget Moynahan.

After 13 years of marriage, the couple announced the finalization of their divorce in October.

Brady, 45, is set to hit free agency this offseason, and his future is still unclear. The future Hall of Famer could choose to take Poyer’s advice and walk away from the game altogether or return for a 24th NFL season.

If Brady chooses to continue playing, he may not return to Tampa Bay. Every time Brady puts his playing days behind him for good, he’ll make the leap to the FOX Sports broadcast booth.

Tom Brady speaking at a press conference at the FC Bayern Campus after a game against the Seattle Seahawks on November 11, 2022 in Munich, Germany.
(S. Mellar/FC Bayern via Getty Images)

After Monday’s season finale game, Brady thanked several people for their support during a rather turbulent year and said he would take some time before making a decision about his future.

«I’m going to go home and get a good night’s sleep as soon as I can,» Brady said at a postgame news conference. «There’s been a lot of focus on this game. Just one day at a time.»

Brady’s retirement last offseason lasted 40 days. He then announced that he would be returning to the Bucs for a third year.

Tampa Bay Buccaneers’ Tom Brady (12) shouts in celebration after running for a score during the fourth quarter of a game against the Carolina Panthers at Raymond James Stadium on January 1, 2023 in Tampa, Florida.
(Kevin Sabitus/Getty Images)

Brady led the Bucs to a second straight NFC South title, but the team’s 8-9 record was the first losing season of the quarterback’s career.

Tampa Bay fired offensive coordinator Byron Leftwich and other assistant coaches after the Bucs struggled offensively most of the season.