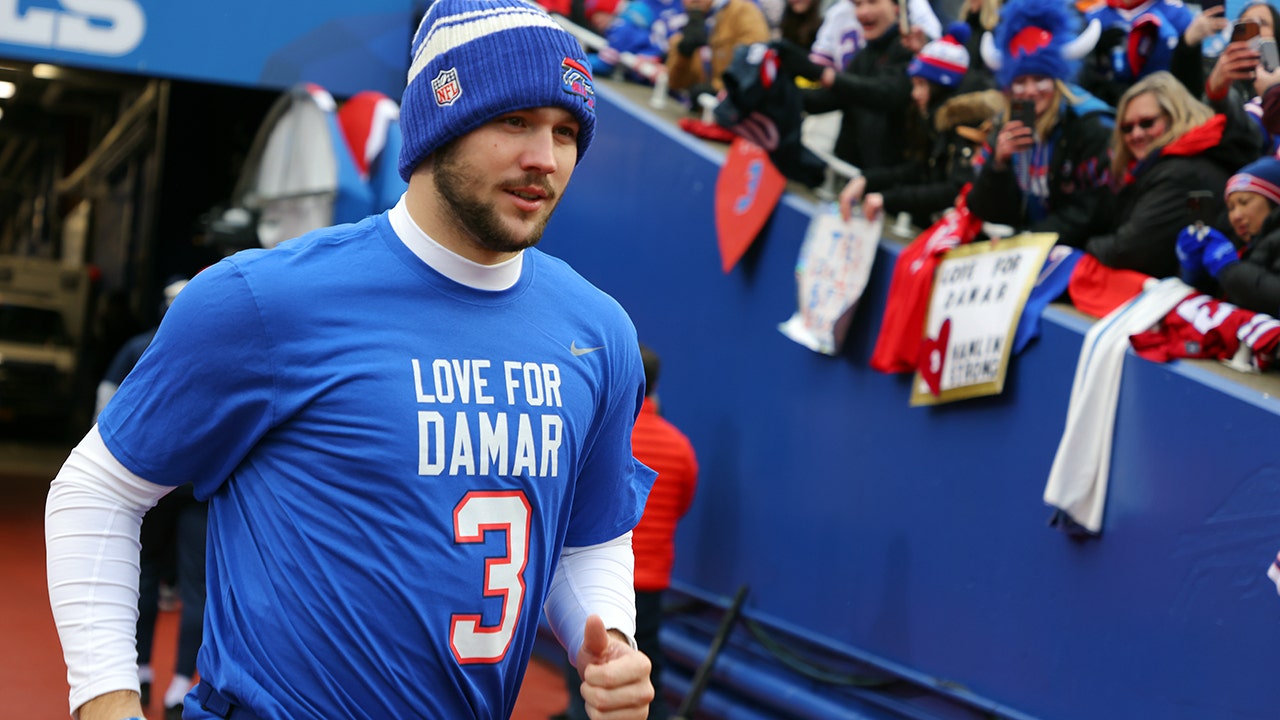 Buffalo Bills and New England Patriots players and fans who packed Highmark Stadium on Sunday paid tribute to Damar Hamlin, who has been recovering in the hospital from cardiac arrest.

Players from the Bills and Patriots were out on the field warming up in «Love for Damar» and «Love for 3» jerseys. Fans were in the stands holding hearts with the number 3 written in the middle. Other fans had «Hamlin Strong» signs in the stadium.

NFL commissioner Roger Goodell was also at the stadium.

Hamlin suffered the medical emergency Monday when the Bills faced the Cincinnati Bengals. He tackled wide receiver Tee Higgins, got up off the tackle, then crumpled to the ground. The team said he went into cardiac arrest and needed to have his heartbeat restored on the field before he was rushed to hospital.

Over the course of the week, the news about Hamlin’s condition improved. On Saturday, the doctors who treated Hamlin described his neurological function as «excellent.» The Bills said Hamlin continues to breathe on his own but remains in critical condition. He was removed from a ventilator on Friday and he displayed the ability to speak.

Hamlin also tweeted for the first time since the incident.

«Putting love out into the world comes back 3x…grateful for everyone who reached out and prayed. This will make me stronger on the road to recovery, keep praying for me!» he wrote.

A reserve ambulance parked in the stadium tunnel shows their support for Damar Hamlin before the Buffalo Bills game on Sunday.
(Mark Konezny-USA Today Sports)

Fans show their support for Damar Hamlin before the game between the New England Patriots and the Buffalo Bills at Highmark Stadium on January 8, 2023.
(Timothy T. Ludwig/Getty Images)

When the four teams that played on Saturday night showed their support, Hamlin offered one more tweet.

«Love is felt and extremely real. No matter your race or religion, all come together in prayer!» he wrote.

He was up Sunday watching his teammates walk into Highmark Stadium.

The Bills and Patriots play at 1 pm ET on Sunday.