Bengals’ Zac Taylor is not a fan of the NFL’s coin toss solution: ‘We just want the rules to be followed’ 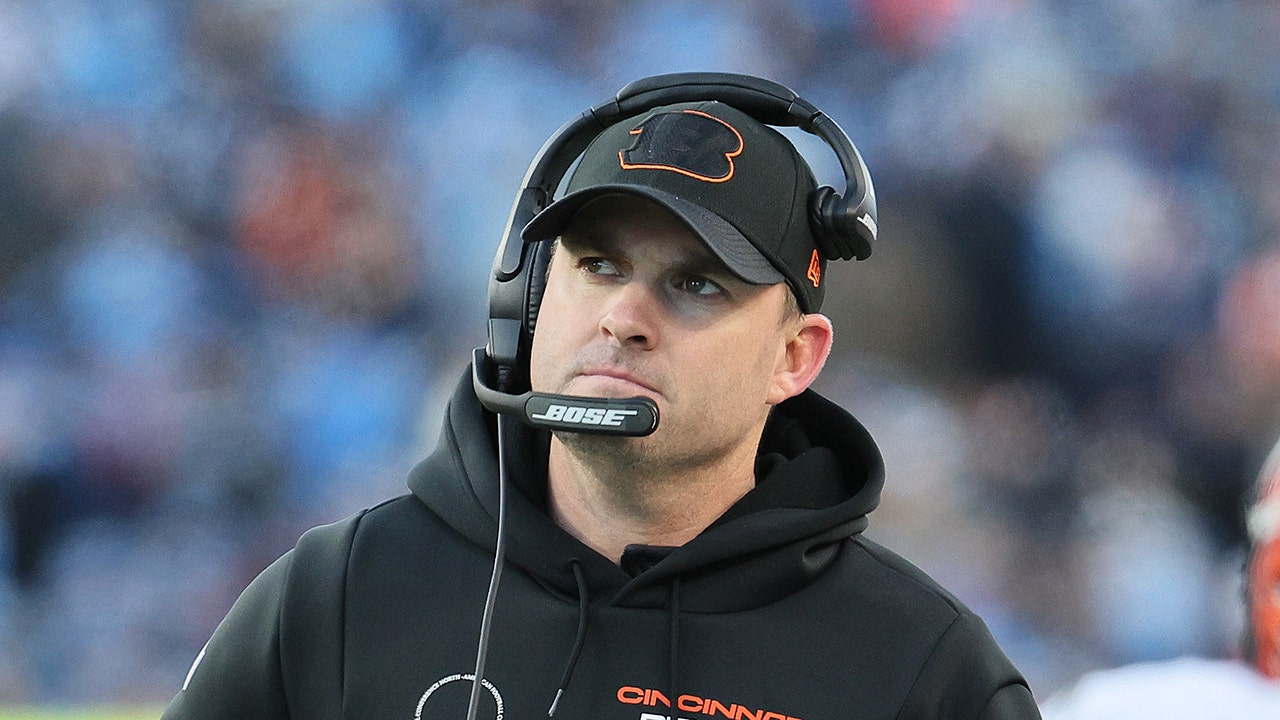 Cincinnati Bengals Head coach Zac Taylor criticized the NFL on Friday for apparently ignoring its own rules by deciding to pick the location of a potential wild-card game against the Baltimore Ravens with a coin toss.

Taylor spoke to reporters on the Friday before the Resolution passed by the NFL that gives the league the authority to determine the site of a potential Bengals-Ravens matchup using the 50/50 odds of a coin toss even though the Bengals get home-field advantage with first place in the AFC North.

Joe Burrow (9) of the Cincinnati Bengals and his teammates walk to the locker room after a game against the Buffalo Bills was suspended due to an injury to the Bills’ Damar Hamlin during the first quarter at Paycor Stadium on January 2. January 2023 in Cincinnati. .
(Kevin Sabitus/Getty Images)

«As far as I’m concerned, we just want the rules to be followed,» Taylor said, via The Cincinnati Enquirer. «When a game is cancelled, you just go back to the win percentage to clear things up, so we don’t have to make up rules.

«There are several instances this season where a club is being fined or people in our building are being fined, and we’re told, ‘Follow the rules. It’s black and white. It’s in the rule book.'» So now when we point out the rules and they tell you, ‘We’re going to change that,’ I don’t want to hear about fair and equitable when that’s the case.»

If Baltimore (10-6) were to beat Cincinnati (11-4) on Sunday and the two met the following week in the wild-card round, the Ravens would still lose home field advantage despite having two wins over one opponent. from the division because the Bengals became AFC North champions with the «no contest» ruling in Monday’s suspended game between the Bengals and Bills.

Joe Burrow of the Cincinnati Bengals, kneeling, center, and Jordan Poyer (21) of the Buffalo Bills react after the injury to Damar Hamlin during the first quarter at Paycor Stadium on January 2, 2023 in Cincinnati.
(Dylan Buell/Getty Images)

Bengals running back Joe Mixon raised the issue Thursday, posting a screenshot of the NFL rule book that states: «If a game is called, the position of a team in its division or in its conference ( (e.g., wild card playoff seed or playoff seeding position) will be determined based on their final record.»

However, a victory on Sunday would make the coin toss irrelevant.

Zac Taylor, head coach of the Cincinnati Bengals, against the Tennessee Titans during an AFC divisional playoff at Nissan Stadium on January 22, 2022 in Nashville.
(Andy Lyons/Getty Images)

In addition to the coin toss, NFL owners have also passed a resolution to potentially move the AFC championship game to a neutral site. The decisions come as a result of the Bills and Bengals playing one game less than their other AFC opponents after Damar Hamlin’s cardiac arrest.