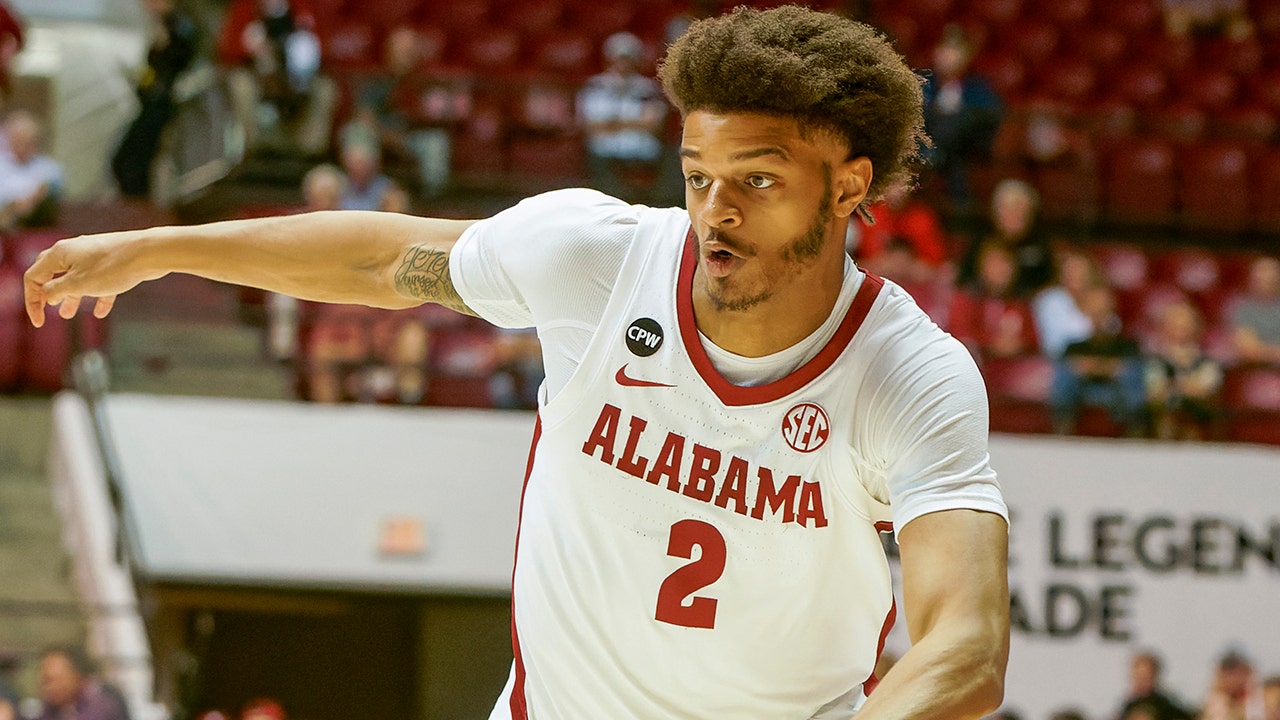 Alabama men’s basketball player Darius Miles was among those charged with capital murder in the shooting death of a 23-year-old woman near Bryant-Denny Stadium.

Miles, 21, and Michael Lynn Davis, 20, have been charged in the death of Jamea Jonae Harris in a shooting Sunday morning that took place a few blocks from the Tuscaloosa soccer stadium, according to WBRC-TV. .

Alabama’s Darius Miles drives the ball against LSU during a game at the Pete Maravich Assembly Center on March 5, 2022 in Baton Rouge, Louisiana.
(Jonathan Bachmann/Getty Images)

Authorities were dispatched to the area around 1:45 a.m., and a driver of a vehicle told responding officers that the suspects fired at his car, killing Harris, according to the station. The driver told officers that he returned fire and thought he had hit one of the suspects.

The station reported that one of the suspects sustained non-life-threatening injuries.

Authorities said it appeared the shooting was the result of a minor argument between the suspects and the victims.

Miles was fired from the men’s basketball team after it was revealed that he was allegedly involved in the shooting. The previous Saturday, he was ruled out for the rest of the season with an ankle injury.

«The University of Alabama’s highest priority is the safety and well-being of the campus community,» the school said. «We are saddened by the incident that occurred near campus last night and extend our deepest condolences to the family and friends of the victim.»

«We are grateful for the prompt and thorough response from law enforcement and emergency response teams, and will continue to fully support the ongoing investigation. We have been made aware of the recent charge against student athlete Darius Miles; he has been removed from campus. and He is no longer a member of the Alabama men’s basketball team.»

He appeared to be crying and talking to someone outside the Tuscaloosa County Jail, according to AL.com.

«I love you,» he was heard saying. «I love you more than you can imagine.»

Alabama’s Darius Miles controls the ball against Longwood during the first half at Coleman Coliseum in Tuscaloosa, Alabama on November 7, 2022.
(Marvin Gentry-USA TODAY Sports)

Miles was with the team in Alabama’s 106-66 win over LSU the previous Saturday.